‘The problem for an unexpected’: information theory and the arts in the age of ‘big data’ 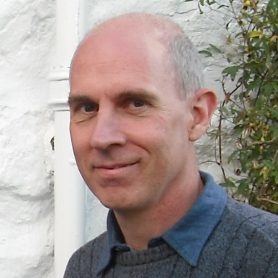 During 2007-8 I had AHRC-sponsored research leave to complete a project in development of software to derive harmonic-contrapuntal structure (in a quasi-Schenkerian manner) from representations of musical scores. Further detail on this project can be found here.

During the 1990s and the first few years of the new millenium, my research focused on theoretical aspects of the application of computers to music, particularly on issues of representation. I worked on issues around the efficacy of different representations, particularly representations of time, and on formal definitions of music-computational processes. More recently I developed a representation of segments of music as a network of elaborations, based ultimately on Schenkerian concepts and musical grammars such as that of Baroni et al, now forming the basis of my research on computer implementation of Schenkerian analysis.

In the late 1980s I worked on computational models of musical cognition. In the event, no real model was ever made, but a number of conclusions were reached about the nature of any such possible model. Furthermore, the research was always hampered by representational issues, which later took my attention. I have not lost interest in this area, and my recent work on an elaboration-network representation does have an aspect of cognitive modelling in it.

My initial employment at Lancaster University in 1984 was to work on software for music teaching. We were hampered then not only by unresolved issues of representation, but also by the limitations of hardware. I have recently worked less in this area, though I was part of the team to develop aural-training software for the TLT project. I do make use of computers in my own teaching, but I either use software developed by others or make my own small an simple pieces of software when nothing else suitable exists.

My doctoral research was in Music Analysis, aiming to explain why the sequences of contrasting material found in Mozart’s instrumental music are effective. My main argument was that these contrasts keep the listener’s mind active by always making novel demands, yet never overloading it. I presented data of an empirical form, but gathered in an informal manner, in support of this idea. I would like one day to return to this work and give the empirical study a firmer basis through a defensible cognitive model of listening.